After the crash, can biologists fix economics?

Home/After the crash, can biologists fix economics?
Previous Next

After the crash, can biologists fix economics? 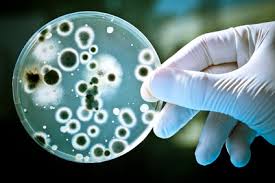 THE GLOBAL financial crisis of 2008 took the world by surprise. Few mainstream economists saw it coming. Most were blind even to the possibility of such a catastrophic collapse. Since then, they have failed to agree on the interventions required to fix it. But itÔÇÖs not just the crash: there is a growing feeling that orthodox economics canÔÇÖt provide the answers to our most pressing problems, such as why inequality is spiralling. No wonder thereÔÇÖs talk of revolution.

Earlier this year, several dozen quiet radicals met in a boxy red building on the outskirts of Frankfurt, Germany, to plot just that. The stated aim of this Ernst Str├╝ngmann Forum at the Frankfurt Institute for Advanced Studies was to create ÔÇ£a new synthesis for economicsÔÇØ. But the most zealous of the participants ÔÇô an unlikely alliance of economists …