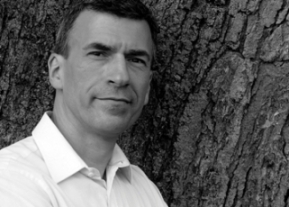 Christopher DiCarlo is a Philosopher of Science and Ethics whose interests in bioethics and cognitive evolution have taken him into the natural and social sciences. ┬áHis research focuses on how and why humans reason, think, and act the way that they do.

Dr. DiCarlo is an educator and an author. ┬áHe currently teaches in the Faculties of Philosophy at the University of Toronto and at Ryerson University, and at Sheridan College in Brampton and in Oakville, ON. ┬áIn the past, he was a┬áVisiting Research Scholar at Harvard University in the Faculty of Arts and Sciences: Department of Anthropology, and at the Peabody Museum of Archaeology and Ethnology.

Christopher┬áhas been invited to speak at numerous national and international conferences, and he has written many scholarly papers. ┬áHis latest book, How to Become a Really Good Pain in the Ass: A Critical Thinker’s Guide to Asking the Right Questions,┬áwas released world-wide by Prometheus Press in August, 2011 and is currently a best-seller in the U.S. ┬áHe is currently working on his latest book–a look at the future of ethics, law, and the value of human behavior.

DiCarlo is also the Director of Critical Thinking Solutions, a consulting business for individuals, corporations, and nonprofits in both the private and public sectors. ┬áHe has developed┬áthe first Pilot Project in Canada to introduce Standardized Critical Thinking skills into the Ontario Public High School curriculum, which has now begun┬áwith the Board of the Upper Grand District.