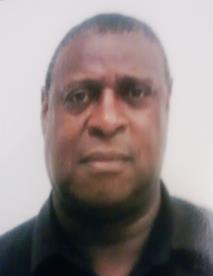 Aaron Bishop is a co-organizer of the Frederick Douglass Humanist Society of Baltimore, which is a chapter of the American Humanist Association. He is also a member of other secular organizations in the Baltimore and Washington metropolitan region. Aaron has been and is still active in human rights causes such as justice for minority , women and gay rights. He advocates for Universal Healthcare, employee rights to fair wages, union organizing and participation in the workplace. Aaron is a 2003 graduate of the University of Maryland University College with a Masters in Business Management and is also a 2008 graduate of Central Michigan University with a Masters in Healthcare Administration. Aaron is currently employed as a disability claims examiner with The Social Security Administration and has been with the agency since 2002.

Aaron aspires to contribute to organizing, developing and supporting the American secular movement and advocates on issues of importance to secular Americans. His ultimate goal is to contribute to the growth and development of robust secular communities around the country which provide homes for secular Americans. Aaron is a committed humanist who views humanism as a viable alternative to religion in terms of community and ethics. He believes that if all people work together for social Justice and humane society, we can achieve this aspiration together rather than apart.