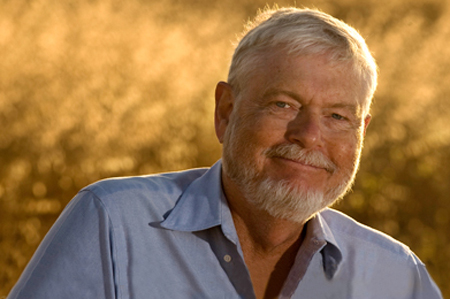 Gregory Benford┬áis an astrophysicist and science fiction author┬áwho is on the faculty of the Department of Physics and Astronomy at the University of California, Irvine. ┬áHe is also a contributing editor of┬áReason┬ámagazine. ┬áBenford is best known for the┬áGalactic Center Saga┬ánovels, a┬áseries that postulates a galaxy┬áin which sentient organic life is in constant warfare with sentient electromechanical life.

Greg┬áwas born in┬áMobile, Alabama.┬á He received his┬áBachelor of Science in Physics┬áfrom the University of Oklahoma, followed by his Masters and then his Doctorate from the University of California, San Diego. ┬áHaving published more than 200 scientific papers, his research encompasses both theory and experiments in the fields of astrophysics and plasma physics.

Greg is a two-time winner of the Nebula Award and has also won the John W. Campbell Award, the Australian Ditmar Award, the Lord Foundation Prize, and the 1990 United Nations Medal in Literature. ┬áIn addition to his participation in SPI, Benford is┬áa Woodrow Wilson Fellow, a Fellow of the American Physical Society, and has been a┬áVisiting Fellow at Cambridge University and the Universities of Turin and Bologna. ┬áHe is also an ongoing advisor to NASA, DARPA (Defense Advanced Research Projects Agency), and the CIA.