Home/Blog/Secular Victory In Turkey
Previous Next 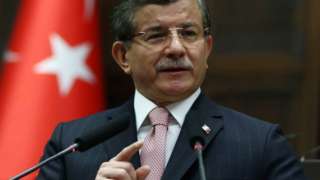 Turkish Prime Minister Ahmet Davutoglu announced this week that a core facet of the nation’s new constitution will recognize and respect secularism in government and beyond. This action marks a bold step forward for the nation, and will likely spur new progress in the country in days to come.

The move came in spite of bold opposition to the reform from groups all over the country. Needless to say, the PM’s decision was not the most popular in a nation frequently rife with religious and political controversy.

In a speech on Wednesday, Mr Davutoglu said: “Secularism will feature in the new constitution we draft as a principle that guarantees citizens’ freedom of religion and faith and that ensures the state is an equal distance from all faith groups.”

The PM’s leadership on this issue signals a shift in the geopolitical spectrum in Turkey – one that may very likely, in the years to come, have Turkey emerge as the leader in a new regional dialogue on the overlap between politics and religion.