Coalition: Movies of the SPI Coalition

Home/Blog/Coalition: Movies of the SPI Coalition
Previous Next

Coalition: Movies of the SPI Coalition

The weekly report on the SPI coalition
by Johnny Monsarrat

In this week’s policy report, we noted that practically no young Icelanders believe in creationism according to a new poll. SPI coalition member Sidmennt, The Icelandic Ethical Humanist Association, commissioned the study, as reported in these articles:

Many of the SPI coalition members make movies or collect videos. Here are just a few.

SPI coalition member the International Freethought Film Festival is an annual event in Orlando, Florida where fans of secularism and filmmakers come together! They are now┬áaccepting film submissions for their next annual event, May 13-15, 2016. And you can keep up on movies with a freethought point of view all year on their Facebook page. 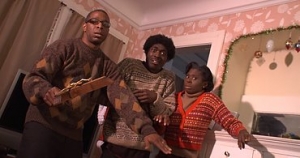 Perhaps my favorite from their 2015 festival was Holidazed, in which a black man is first told that Santa isn’t real, and then that God isn’t real… and then zombies attack on Christmas Day. That’s an unbeatable combination for a secular audience. See that and all the others on the IFFF website.

Coalition member┬áEx-Muslims of North America runs a wiki that collects skeptic information about Islam, including a page on videos about Islam.┬áare an organization dedicated to supporting and helping Ex-Muslims. They help Muslims who wish to transition out of their faith to adjust, and have┬áa community of┬áÔÇÿEx-MuslimsÔÇÖ that they can join. The group was only formed in 2013 but┬ásurpassed 100 members just in Toronto┬álast year, and you can find more than a dozen other local chapters┬áin the US and Canada on their website.

A movie night is one of seven recurring member meetings┬áof SPI┬ácoalition member New Zealand Association of Rationalists and Humanists,┬áwhich┬áEdwina Rogers visited in person last year. They’ve also launched a website as part of a campaign opposing New Zealand’s blasphemy laws┬áthat were passed in June 2015. Now that’s not progressive! They offer humanist celebrants to officiate non-religious weddings and other services, and even have their own building, Rationalist House, which unlike many churches was not subsidized with taxpayer money.

Many of the SPI coalition members make videos,┬ágenerally recorded live speeches, but the Foundation for Critical Thinking, which SPI brought to the US Congress last year for a briefing and private meetings,┬áhas an entire suite of free courses on their YouTube channel. Learn Socratic Questioning, see special videos for children to learn critical thinking, special videos for teachers of critical thinking, and much more.┬áThey advocate educational and social reform based on critical thinking, publish┬ádozens of books and booklets, and educate teachers through print, workshops, and an annual conference in California.