Home/Blog/Policy: Cursed for Giving Birth to Twins
Previous Next

The weekly report on politics and secularism
by┬áJohnny Monsarrat

Creationism Slips in Iceland… to Zero 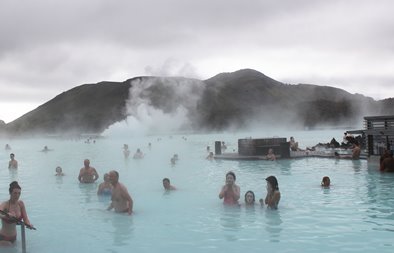 In 1996,┬á87% of┬áIcelanders were religious, but a recent Gallup poll┬áfound only 46% to be religious. More surprisingly, while 40% of young Icelanders say they are religious, 0% believed in creationism, the idea┬áthat God created the Earth and humans in modern form within the last 10,000 years.

That is not a typo. That is zero percent in Iceland, compared with 28% of American young adults (aged 18 to┬á29). Of course, any study will have a sampling error, so the headline can’t be completely correct on this Washington Post article,┬áIn This Country, Literally no Young Christians Believe that God Created the Earth. It could also┬áindicate that creationism, if not actually at zero, has dropped socially so far in Iceland that creationists┬áfeel they cannot speak openly about their views to pollsters. 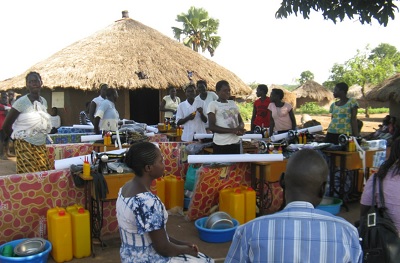 It’s hard to believe, but in many areas of Africa, giving birth to twins is considered to be an evil sign. Somehow what┬áfamilies should celebrate as the most important moment in their lives is twisted into a faith-based excuse to punish the birth mother. Now this tragedy has happened to┬áAjok Kevin, a former trainee at HELU, the┬áHumanist Empowerment┬áof Livelihoods in Uganda. It is a secular school with humanist values where Ajok got┬átraining in Hair dressing and tailoring three years ago. Now she has been cast out of her family for giving birth to twins and has fled to HELU for sanctuary and is in desperate need of support while she rebuilds her life. Please contact┬áAyella Collins colandra2@gmail.com┬áto help.

People of faith and people of no faith have something strong in common: they each want the freedom to hold their beliefs without being dictated to by others. Apparently┬áUS presidential candidate┬áMarco Rubio agrees, given his reaction as we reported last week in responding to an atheist’s question at a campaign stop. Now an article in the Washington Post says his encounter with an open atheist question asker is an opportunity for him to crow about religious freedom for all. That means more separation of state from church. How about separation of church from state?

Read an interview with Justin Scott, the man behind the #AtheistVoter campaign, which has photos of Justin with several candidates. And in Iowa, atheists plan to assemble outside the GOP debate tonight, Thursday January 28.

US presidential candidates lose voters if they┬áhave an affair, use recreational drugs, or are gay or Muslim, but not believing in God is still the worst thing you can do on the campaign trail, according to a new Pew study,┬áFaith and the 2016 Campaign, with 51% of Americans saying this would make them less likely to vote for a candidate. That’s down from 63% in 2007, and a different 6% of Americans even said they’d be more likely to vote for an atheist, seeing it as a positive.

Better than nothing, but┬áonly 20% of Americans said that a candidate having attended a prestigious university was a positive, with 74% saying it didn’t matter. So much for knowledge being power.

Bernie Sanders Comes Out as Nonreligious

Given the US voter attitudes mentioned in the previous article, it was a strange move for Bernie Sanders┬áto tell┬áthe Washington Post that he is not involved with any religious organization.┬áÔÇ£I think everyone believes in God in their own ways,ÔÇØ he said. ÔÇ£To me, it means that all of us are connected, all of life is connected, and that we are all tied together.ÔÇØ

It’s been an open secret for some time that Sanders is not very religious, but his courage in saying so openly is a watershed moment. Many former US presidents have likely been nonreligious in private. Former US President Ronald Reagan’s church attendance slipped, and President Obama once said on the campaign trail that that impoverished working-class voters “cling” to religion. Plenty of politicians talk about their faith in a way that seems more calculated than honest, including possibly Donald Trump.

Or it might be a surprising non-issue, as Joe Lieberman’s Judaism was a non-issue when he was Al Gore’s vice presidential running mate in the 2000 US Presidential election. His faith was news for about a week when he was announced, and then everyone just shrugged and it passed from the media spotlight.