The Other Side’s Take On A Legend

The Other Side’s Take On A Legend 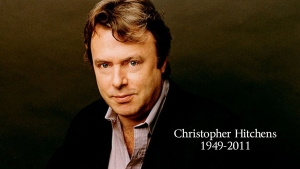 A Christian apologist and close friend of the late Christopher Hitchens has authored a new book examining the conflicts facing the legend around issues of faith and secularism. Regarded as a seminal work on both sides of the playing field, Michael Shermer, publisher of “Skeptic” magazine, has gone so far as to say that “This book should be read by every atheist and theist passionate about the truth.ÔÇØ

Larry Alex Taunton represents one of a handful of voices from the religious right that extends a breath of fresh air into the hearts and minds of secularists everywhere. Perhaps the best possible clarity about his willingness to stretch across the aisle and meet with the “opposition” can be found in the following quote:

ÔÇ£I wanted to see a Christianity that engaged the world, that had intellectual teeth, and do so in a way that was fair, open, thoughtful,ÔÇØ Taunton said. ÔÇ£I didnÔÇÖt really know if that would resonate, but IÔÇÖve been pretty busy for the last decade.ÔÇØ

┬áHis close working relationship with Hitchens, both on the road, on the debate stage, and beyond, can be best punctuated by yet another gem:
“Always be prepared to give an answer to everyone who asks you to give the reason for the hope that you have. But do this with gentleness and respect.ÔÇØ
With that kind of mentality, there may be hope for stronger connections between the secular and religious communities yet.
criticallythinking2020-10-11T04:03:07+00:00